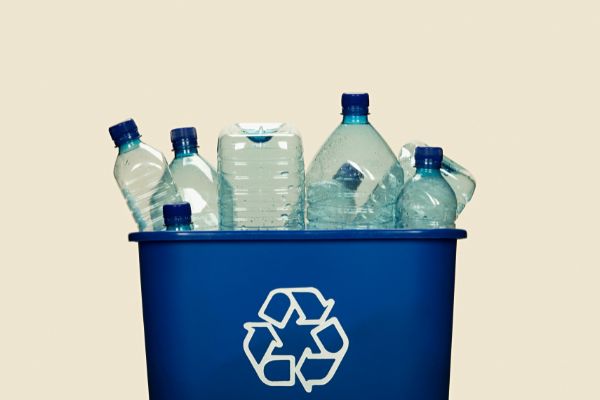 It’s probably safe to say that most citizens feel that a reduction of single-use packaging is beneficial to the environment and, with the vast, and increasing, amount of recyclable packaging available, are keen to do their bit by using their recycling bins at home. However, there is an argument that reusable/refillable packaging gives brands, designers and consumers more control over the packaging’s eco-friendly effectiveness.

Focusing on the consumer market, including refillables rather than industrial where reusable packaging is certainly prevalent, 81% of UK citizens want the government to prioritise making refillable products easier to buy as its main strategy for reducing plastic pollution, according to a poll commissioned by City to Sea in partnership with Friends of the Earth last year. Almost 75% of people, would like to see more refill options available and more than 60% of people who use a refill service said they felt it made them feel positive and like they were making a difference. The items they would most like to see refill options in supermarkets for were dried foods (46%), washing detergent/softener (45%), cleaning products (40%), shampoo and conditioner (40%) and water (34%).

Several supermarket schemes have made it clear that there’s an appetite for reusable/refillable options. Last year saw Unilever launching its first ‘return on the go’ refill trial in selected Asda and Co-op stores.

The FMCG giant said those trials ‘exceeded expectations’ with weekly purchases of Persil from the refill zone reaching a third higher than the equivalent single use pack. Aldi also trialled in-store refillable stations while Tesco worked with global reusable packaging platform Loop on a scheme that aims to broaden the type and number of products that can be bought with reusable packaging, including food, drink, household and beauty products. Loop also partnered with Coca-Cola and Carrefour in France to pilot a circular shopping system.

Loop and Terracycle also helped Burger King to become the first quick service outlet to pilot to a new range of reusable and returnable packaging across selected restaurants while M&S, Morrisons, Ocado, Waitrose and CHEP, who make up The Refill Coalition, started collaborating on the world’s largest multi-retailer refill trial.

Half full, not half empty
The support for reusable packaging is widespread, from consumers to campaigners and brands, including those who feel recycling alone is not enough such as Happier Beauty founder Faye Wilson who says: “It is becoming clear that recycling will not save us from the climate crisis, and so Happier Beauty wanted to take it one step further by creating a truly circular refillable and reusable solution.”

The British dental brand said that it is on a mission to tackle the tonnes of plastic waste produced by regular toothpaste pumps and tubes by developing a new toothpaste dispenser that it hopes will eliminate single-use plastic tubes or pumps.

The toothpaste dispenser is made from aluminium and 50% recycled plastic, and has been designed to be used repeatedly. The refill capsules are biodegradable. Together the offering provides an alternative to standard toothpaste tubes that are notoriously difficult to recycle.
Happier Beauty had already developed a debut product, with its original toothpaste tube made from aluminium which can be endlessly recycled. However, the brand said it wants to create a more circular solution to the climate crisis.

“We are so excited to be the world’s first toothpaste company to bring a refillable toothpaste dispenser to market. Refills are becoming more popular across food and beauty so why not dental care? Toothpaste is a product we all use twice a day but innovation in this market has been pretty slow up until now,” adds Wilson.
While many might be sympathetic to the ‘we can’t recycle our way out of this’ point of view, the industry knows that recycling, done currently, is playing, and will continue to play, a crucial role. However, that element of control is a key factor for brands to adopt reusable/refillable packs.

“Brands may not be able to control what happens beyond the act of recycling, but what they can control is how that packaging is reused and repurposed,” says Robert Lockyer, founder and chief client officer of luxury packaging solutions provider Delta Global.

“It’s important for brands to be as innovative as possible, and they should endeavour to create something that is multipurpose and can be used time and time again. In just a few short years, recycled and reusable packaging will become the expectation and this ongoing shift in consumer concerns is great news for brands and retailers as 74% of consumers are willing to pay more for recyclable packaging.  And if that is the case for recyclables, you can only imagine what this means for reusable packaging in the not-too-distant future.”

In February one of the most globally recognised brands, Coca-Cola, signalled its commitment to reusable packaging across its portfolio of brands, pledging that by 2030 it aims to have at least 25% of all beverages globally to be sold in refillable/returnable glass or plastic bottles or in refillable containers through “traditional fountain or Coca-Cola Freestyle dispensers”. Coca-Cola also announced it is to introduce reusable cups with microchip technology for its Freestyle machines used at theme parks, university campuses and cruise ships.

Indeed, technology is playing a significant role in reusable pack systems. PragmatIC Semiconductor, whose flexible integrated circuits (FlexICs) are thinner than a human hair, has focused on these packaging markets.

“Adopting reusable packaging for fast moving consumer goods (FMCGs) would create a huge opportunity to reduce the amount of raw materials used, keeping valuable resources in circulation within a closed loop system for as long as possible before the need to be recycled,” says PragmatIC Semiconductor’s circular economy manager Joshua Young. “However, there has yet to be widespread roll-out of reusable packaging that is accessible anywhere, anytime. One reason for the slow adoption is that the transition from single use to reusable packaging is challenging.”